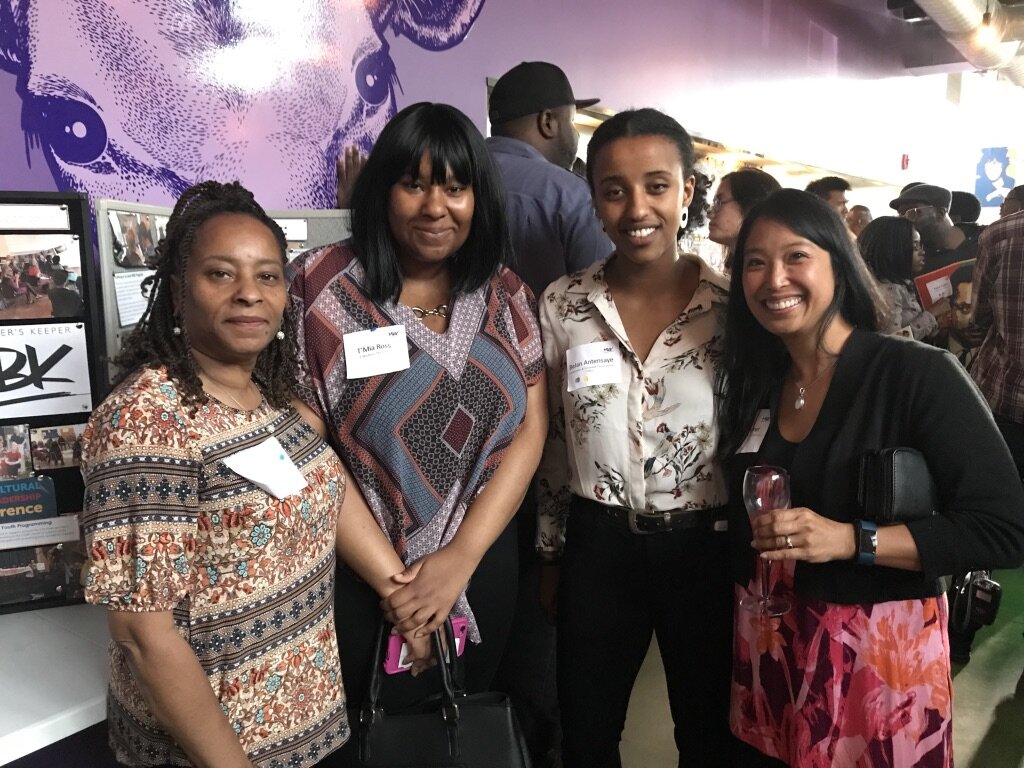 Two Vermonters have started a group for professionals of color across the state to connect, mentor and recognize one another. And they’re holding their second-ever event on Thursday, Sept. 26 in Burlington.

Tinotenda Rutanhira was mentoring a friend when he noticed this friend – an immigrant and a student at Champlain College – was working a part-time job that didn’t match his accounting studies, but rather replicated what his parents had always done: manual labor.

“I started thinking about why it is that we end up doing what we are so used to doing, which is what our parents do,” Rutanhira said. “Because a lot of these guys are immigrants or children of immigrants that don’t really know how to navigate some of these paths, we need to have a way for them to do that.”

Rutanhira, who works as a product manager at Dealer.com, decided he should do something about it. Then he met Phet Keomanyvanh.

Keomanyvanh, the community development specialist at Burlington’s Community and Economic Development Office, was already doing work with My Brother’s Keeper, a national challenge rolled out by President Barack Obama for cities to put resources into supporting youth of color. Burlington accepted the challenge in 2016.

“I thought that Tino’s idea of developing a network of professionals of color really aligned with My Brother’s Keeper,” Keomanyvanh said. “It’s about time.”

Rutanhira and Keomanyvanh put on the first professionals of color networking event in May at the Vermont Comedy Club, and about 70 people showed up. Their second event will be held on Thursday, Sept. 26, at the Skinny Pancake in Burlington.

Rutanhira said a big part of the network is to let professionals of color know they’re not alone.

“Vermont is probably one of the most beautiful, coolest places to live, but from a racial, cultural perspective, it can be very isolating,” he said. “It’s a challenge to be brown here, to be non-white. So I think part of what this organization is meant to do is to get these very disparate groups together.”

Keomanyvanh said because of Vermont’s lack of racial diversity, professionals of color often find they are the only person of color in a room or at a whole conference.

“You’re often feeling that you have to represent your whole race, so that can be very daunting,” she said. “I think it’s really nice to come together with other professionals where you don’t have to explain that and where you can just celebrate and recognize each other.”

While the professionals of color network is starting out in the Burlington area, both Rutanhira and Keomanyvanh hope it can eventually go statewide.

“Once we know each other, we then reach into the young people and start to lift them up,” Rutanhira said.

Keomanyvanh said that kind of mentoring was what she missed as a young person.

“I had definitely white people that helped me out, which was amazing and wonderful, but at the same time, I felt — and this is not something I’ve heard just for myself, but from other parents who are people of color — it can also feel like you have to pick your culture,” she said. “So you have to leave your own culture behind so you can be normalized to white culture. It’s something to recognize.”

Listen to the full interview above to hear more about the mentoring, networking and role-model building that motivated Tino and Phet to start Professionals of Color.